Chris B. Brown is a lifelong Houstonian who was sworn into office as City Controller in January 2016. As the Controller of the nation’s fourth largest city, Controller Brown oversees a $5 billion budget, manages the city’s $4 billion investment portfolio, superintends its $13 billion debt portfolio, and through the Controller's Office Audit Division, has generated more than $10 million in savings via increased efficiencies. As Controller, Chris has also helped save city taxpayers more than $386 million through refinancing the city’s existing debt.

As Controller, Chris has led on the city’s most pressing financial issues, playing an instrumental role in solving Houston’s pension crisis, addressing billions of dollars in unfunded Other Post-Employment Benefits (OPEB) liability, and championing the city’s pursuit of adopting a structurally balanced budget every fiscal year.

Experienced Financial Steward
​Prior to being elected Controller in December 2015, Chris served as Chief Deputy City Controller, where he managed the day-to-day operations of the office and oversaw a staff of more than 65 employees. Before being appointed Chief Deputy City Controller in 2009, Chris worked as City Council Chief of Staff, spearheading community development initiatives and serving as a liaison to the Budget and Fiscal Affairs Committee.

Chris’s career began in the private sector, where he worked as a trader for Coastal Securities, an investment bank. After several years, Chris co-founded an equity trading firm where he worked as the head of operations. This work gave him first-hand experience with leadership, risk management, compliance, reporting, building operations, and negotiating complex agreements.

Cares About His Community
Controller Brown currently serves on the National League of Cities’ Finance, Administration & Intergovernmental Relations (FAIR) Committee. He was appointed  Chairman of the FAIR committee in 2019, a role in which he plays a key role in developing the organization’s policy positions on a range of issues. Chris also serves on the board of the William A. Lawson Institute for Peace & Prosperity (WALIPP), the Asia Society of Texas Advisory Board, and the Texan-French Alliance for the Arts. He is a past board member of the TCU National Alumni and SEARCH Homeless Services.

Deep Houston Roots
As a fourth-generation Houstonian, Chris has deep roots across the community. He attended Texas Christian University where he obtained a Bachelor of Business Administration in Finance, and later earned a Master's in Business Administration from the University of Houston. Chris and his wife Divya are involved in many philanthropic causes, and are proud parents to their daughter, Milana, and son, Britton. 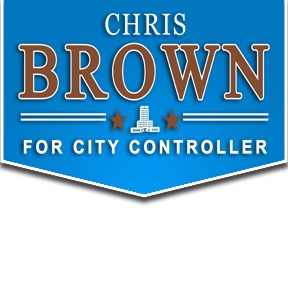 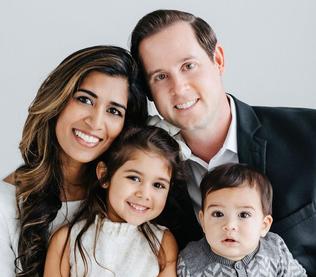 Your financial watchdog at City Hall.